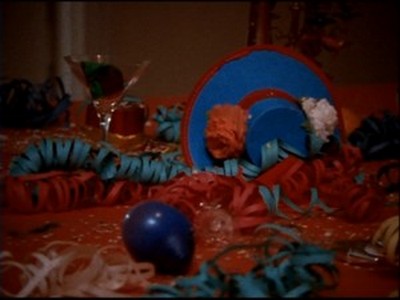 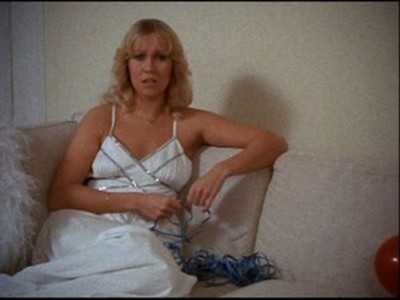 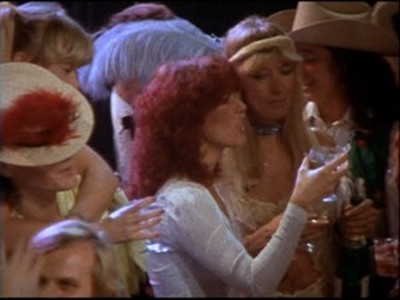 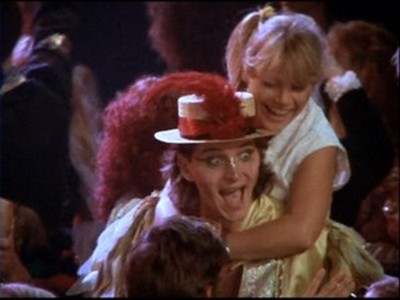 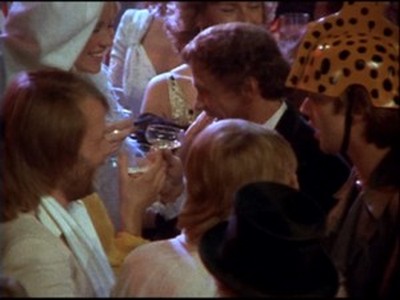 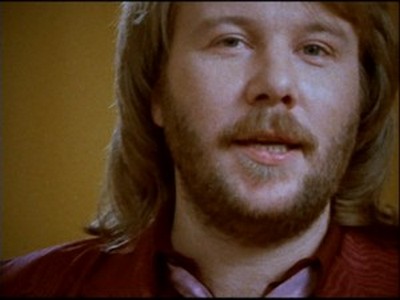 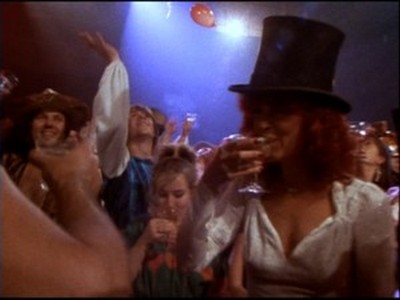 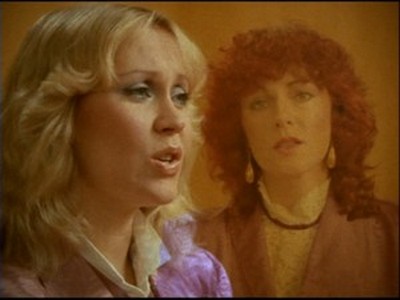 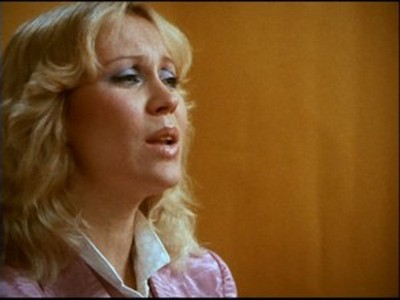 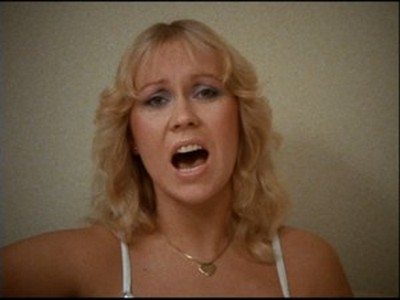 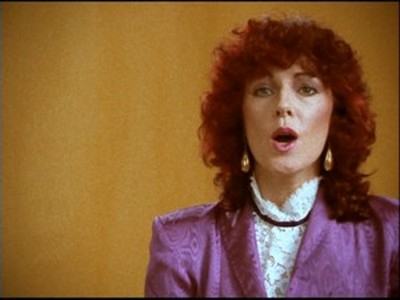 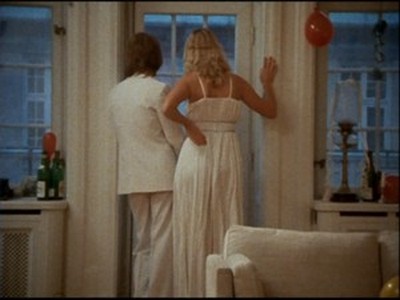 The party footage was shot at the same time as that of the Super Trouper PROMO at Europa Film Studios, Tappvägen 24, Stockholm - with the circus performers being replaced by balloons. The footage of Björn and Agnetha was taken in Lasse Hallström's old Stockholm apartment in Karlavägen.  The close-up singing shots (in the pink/purple/blue shiny suits) were filmed in the Polar Music offices, Baldersgatan 1, Stockholm, Sweden.

The party footage in the PROMOs for Super Trouper, Felicidad and Happy New Year differs from each other slightly.  Even more different footage was shown briefly in Words and Music.

Compare Felicidad and Happy New Year in the VIDEO tab (with careful use of pause/stop/start).

ABBA wore the pink/purple/lilac/burgundy silk suits they had first worn in the Happy New Year PROMO as well as for Show Express, Stars and that Björn had worn for Aplauso.

In his book Sjung tills du stupar (Sing until you fall) Tommy Körberg described how, after staying the night in Lasse Hallström's apartment, woke up to find Agnetha sitting on the sofa in her white dress:

"Lasse and I had always liked each other and got on well, and when we met in at one particular time, we happened to both be fresh bachelors. I was also homeless, but Lasse told me he had a big six-room flat at Karlavägen 83 in Stockholm. So I moved in. The apartment was really huge. Huge. It consisted of six large rooms, three of them in row. In Östermalm there are plenty of state-room apartments with rooms that you do not know what to do with.

One room became a ping-pong room. Another one was used, as far as I know, only once. One morning I was awoken by music, and it sounded like ABBA. It was ABBA. But in which language? Spanish.

I opened a side door toward this room and was met with a bright dazzling light. There Agnetha Fältskog stood and sang Happy New Year in a slinky number. That did not make my mood worse. "Oh sorry," shouted Lasse. "We're recording an ABBA video for the Spanish market. I've forgotten to tell you they were coming!"

Release information:
This has been released on:
The Essential Collection
The Definitive Collection
Gracias Por la Musica Deluxe Edition CD/DVD

Lyrics available on the Official ABBA site by clicking on the relevant album and then by track.

Thanks to Jozsef.  Extra thanks to Charles Pylad c/o ABBAtalk.