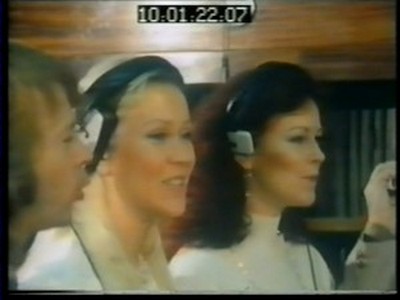 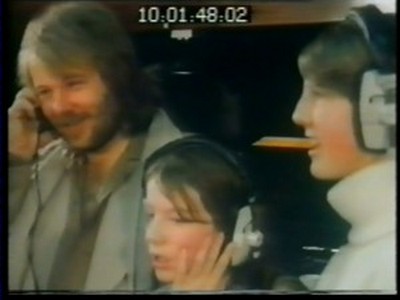 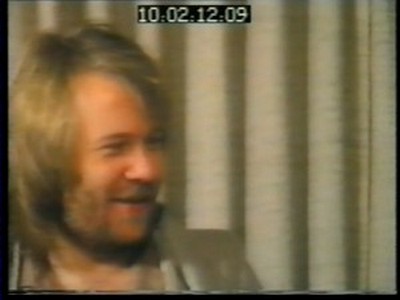 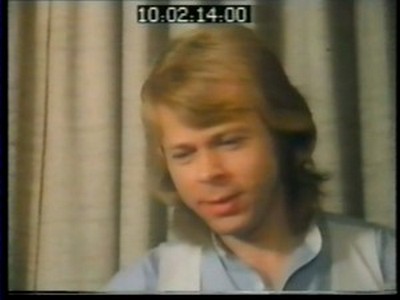 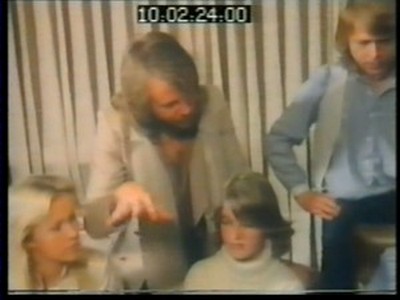 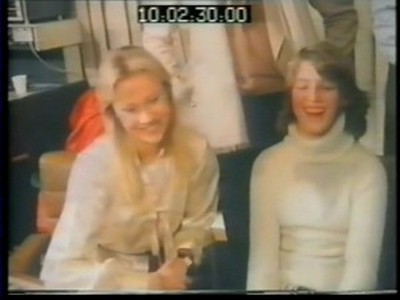 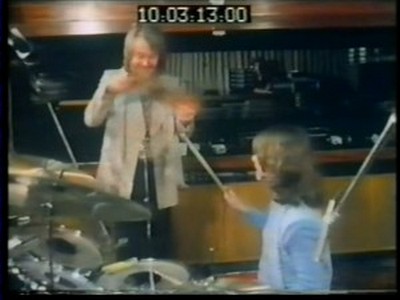 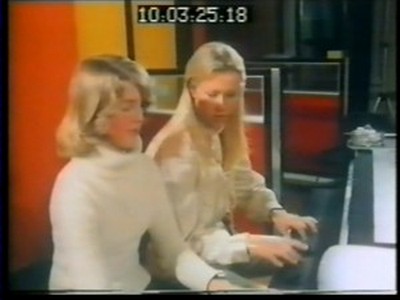 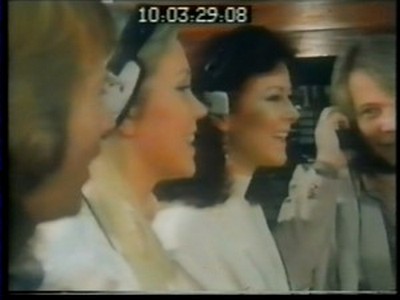 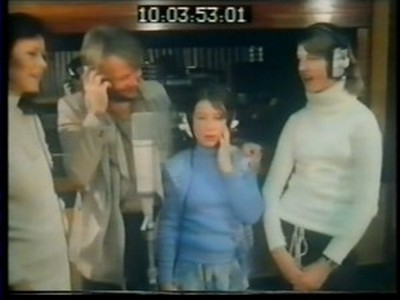 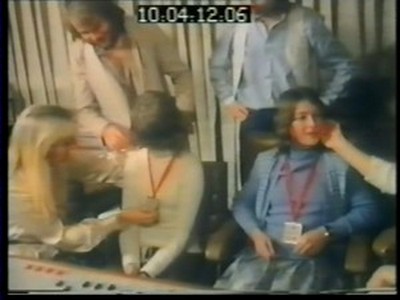 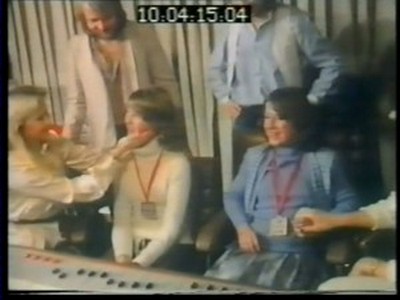 Jim'll Fix It was a programme broadcast early Saturday evenings and it granted the wishes of the people (mainly children) who wrote in. The presenter was extravagant DJ Jimmy Saville (who was later knighted ie. Sir Jimmy Saville).

Jim "Fixed It" for two ABBA fans Claire Lindeman and Clare Doggett to meet ABBA. They got the opportunity to see ABBA at work putting together the backing tracks to Thank You For The Music and If It Wasn't For The Nights for The Mike Yarwood Christmas Show which was also recorded on this particular visit to London.

ABBA stood around microphones with the two girls and mimed Thank You For The Music while the girls sang along with their microphones turned up loud. At the end, Frida and Agnetha gave the girls their "Jim'll Fix It" badges.

The running order of the programme including the other 'fix-its':

Sir Jimmy Saville died on 29 October 2011 and was subsequently revealed to be a manipulative and predatory character over many decades.  (Have I put that delicately enough?!)


Clare Doggett's memories of the day:
Claire and I are still best friends and still ABBA fans. When we met ABBA it really was a dream come true! We only found out about it the evening before and were both very excited.

Our letter was, as you can imagine, picked out of thousands. My memories of ABBA are that they were all really nice people. Benny and Frida were more outgoing and spoke better English. Benny was a laugh and joked a lot. Agnetha was more quiet but lovely. I can remember being the envy of all my male friends when she kissed my cheek as she gave me my Jim'll Fix It badge (which we both still have).

They made us feel very relaxed and welcome and went out of their way to make our mums feel the same too.

It was a brilliant experience! We spent 3 hours with them!

Agnetha's cream silk blouse - it's the same one she wore for the UK cover of the Head Over Heels single 3 years later. (It also made a brief appearance in the When All Is Said & Done PROMO, but only from the back.  She had also worn it in Japan in ぎんざNOW! (Ginza Now!).