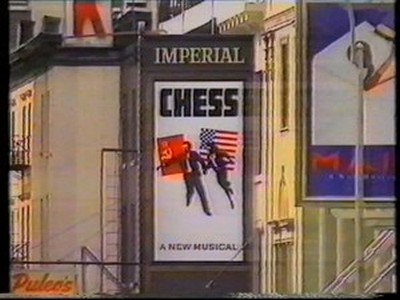 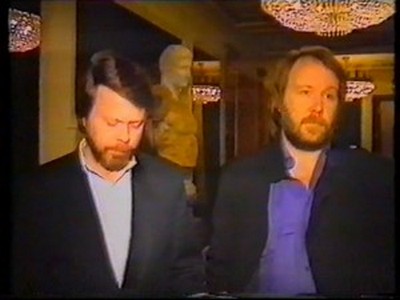 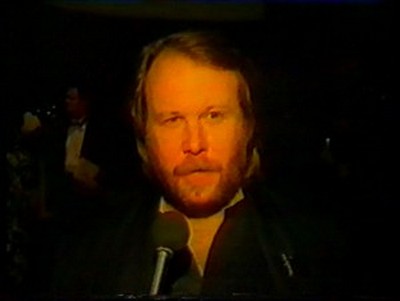 Item from Swedish news programme about the American production of Chess on Broadway which opened for previews on Monday 11 April 1988 and had its première on Thursday 28 April 1988.

There were interviews with Benny and Björn as well as some of the cast; scenes from the show and reactions from the audience.

(The production was given bad reviews and closed after only 3 months on Tuesday 25 June 1988 - a rare failure for Benny and Björn).

Thanks to Patrick Smith, Jozsef, Michael Price and Peter Palmquist.